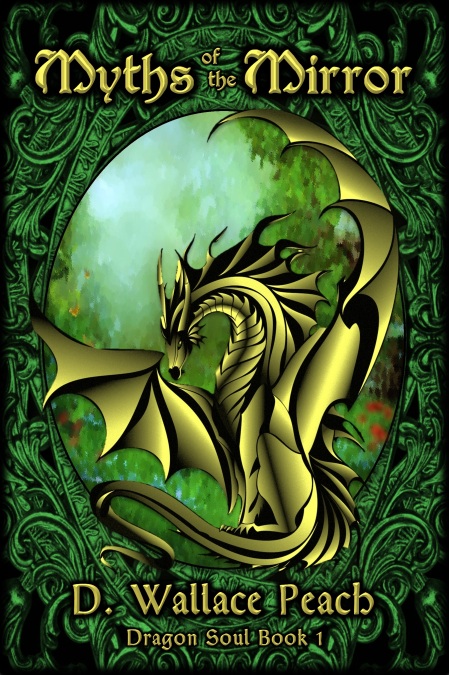 “A beautifully written tale of dragons and politics. The prose is sublime, almost poetic at times, with evocative descriptions, powerful characterisations and intertwining relationships. At times, it is almost painful – especially the manner in which the dragons of the village are treated – at other times rich with majesty.”  – Bookvetter.com

The old Way is lost, the Belonging corrupted. The skyriders are exiled, their dragons imprisoned in the stone lair, tormented by spine and spur, their webbed wings bent beneath iron bars. Treasa and Conall embark on intersecting journeys of self-discovery, forced to make choices about who they are and what they stand for.

Treasa dreams with the dragons, terrified of their fury and violence, and stung by their desperation and yearning for a sliver of blue sky. Her visions bring glimpses of an unknown past and hints of a future that is catching up with her, clues to her myth and the secrets hidden by a mother who has grieved her whole life.

The riders of the village sense the increasing savagery of the dragons, yet Conall longs to fly, to grasp their power, subdue them and soar. He is blind to his own brutality, until a curved talon rends flesh and crescent scale, rattling against white ribs, and the World shifts.

A pebble is cast into the surface of the Mirror. Ripples circle outward, expanding rings of light that have yet to return to stillness. In the water’s reflection, Treasa strokes smooth scale and sinuous wings, and Conall discovers that he must make a choice. Hearts merge into hearts, breath into breath. The dragons thrum the ancient songs, called down to the Mirror where old myths are revealed and new myths are born.

The Droom sat alone on the rock, her frame small and thin, not young or old; her hair spun into ebony strands, some longer, some shorter, some flecked with thin lines of gray. Her dark eyes looked out over darker waters, luminous in the flicker of firelight. The rock was her rock, a boulder three feet high, three feet round that had tumbled from the mountainside centuries ago to rest on the shore, smooth and gray and cold.

The World spun faster, drawing down sky energies, drawing up earth energies, causing the waters to eddy and ripple in overlapping circles of light, making the forest sing low and hum, smelling like leaf and loam. She felt the tautness of expectation like a bowstring, the calling of her Way. She drew a stone from the edge of embers and studied the markings. The Mirror stilled and she read the Eye:

A stone from the sliver moon and realm of imaginings. Prepare for arising, harmonizing in Belonging, yearning in desire. A strange Way gapes open, make ready for new beginnings. Resolve old myths to fertilize the soil for deliverance. Ah, the World transforms; emerge from the chrysalis, casting off old forms of knowing. Prepare for release from time worn forces. Surrender and soar to the revealing of the World.

His voice was smooth, cool and measured and the other men interrupted their discussion when he spoke. He was the youngest among them, barely thirty, and yet they were wary of him and wise to be so. Grigor Phelan found fear intriguing, full of subtleties, an art form one had to contemplate because nothing of its shape or color or texture was what it seemed. Fear spanned a spectrum from the subtle edge of respect to unbounded terror, and he was most attracted to what lay in between, in the murky hues of human sentiment. He was charmed by the guises of fear, how it hid itself from its host, how it lay on the rim of consciousness. Fear was a child’s kaleidoscope, changeable, multi-faceted and often lovely as it turned. It could appear as generosity or compassion, decency or loyalty, adoration or threat. It could be manipulated by the most benign of words or actions or pace like a wolf at the edge of a nightfire, looking for a way in.

The Trag clicked its curved talons across the cold gray sill and flicked its thin pink tongue against the leaded window pane. It leaned back on its hind legs, lifted its forearms and stretched a long slender neck, cocking its tufted head to one side, then the other. It swallowed crystal droplets of condensation and left forked smears that would need to be polished away when the sun rose and burned away its newly shed dew.

The Trag snapped to stillness, a sea-shaded statue flecked with indigo and emerald scales, only the tip of its long tail curling and ticking against the smooth stone. In a flash of glittering light it bolted up the underside of the drapes. The heavy wool shifted and pulled until a lone set of talons emerged over the top of the nutwood rod. A soft, “prook, prook,” vibrated from the creature’s throat.

The girl mumbled. “I see you. You’re adorable.” She rolled over in her bed, her face shadowed from the light, her hair spread over her pillow like melted bronze, fingers curled under her chin. She closed her eyes.