In my fantasy world, the Hungry Moon ushers in the thaw. Days lengthen, trees blossom and nature knits an emerald coverlet over the wilderness. The blues and grays of winter surrender to a tapestry of fresh color, and the sun rolls around like an old friend. Yet, this is a hungry time, winter’s stores dwindling, the cellars and cupboards bare. The fields lie sodden and fallow, new crops a distant dream. The warming sun promises fiddleheads and dandelion greens, nettle and chickweed, wild pickings filling aprons for empty bellies. For the poor, it’s a thin, lean time, a cruel tease of the spring to come. 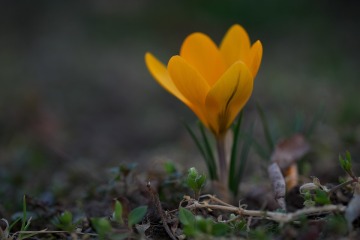 The hut warm, Starling listened to the timbre of Gallard’s voice, his feelings carried through the air. She heard the news as a faint echo, translating facts and events into an emotional unfolding, layered with nuance, thick, rich, and threaded with light. She barely saw bodies anymore, or faces, or remembered names. They comprised the trappings of essence. How else could she think of it? They glittered as if fashioned of stars.

She’d always called herself a Death Droom, and here she’d found there was no death. Merging with the dragons had fundamentally changed her. She no longer saw the faces of light descending so beautifully and peacefully to accompany the dying. Rather, she witnessed the infinity of soul, the stardust, color, and light that transformed but never altered. Spiraling circles of life, generation upon generation of birth and death, and yet the spirit remained unbound. The essence existed outside of form, vibrating in the void. She slowly became the World’s sublime song, losing a sense of her body and drifting more in otherness, oneness. At times, she believed she could walk through trees, dissolve into water, fragment and fly away on beams of light.